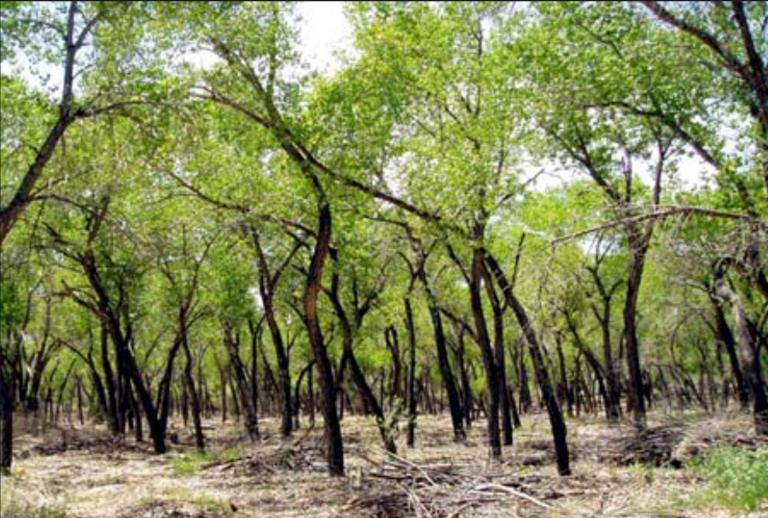 Last weekend (June 4-5, 2022), the Rio Grande south of Socorro, New Mexico began to dry up. This morning (Monday June 6) river managers reported over 20 miles of drying up. The gauge north of the 380 bridge in San Antonio fell to zero today.

The Albuquerque Bernalillo County Water Utility Authority, which normally receives most of our drinking water from the Rio Grande (supplemented with water imported from the Colorado River through the San Juan-Chama Project), will likely close its river diversions during next week. to ten days, passing entirely to groundwater until late summer or fall. Which means my faucet will still run and I can still water my lush suburban oasis cactus.

Rio Grande flows through Albuquerque are currently the lowest since 1977, which was a crazy year of bad water here. In the absence of a good summer monsoon (which saved us last year), we expect the Rio Grande to dry up in the Albuquerque stretch this year. As I understand it, this would be the first time we’ve seen this since 1983, although historically it has happened with some frequency in the past.

But that’s never happened since I’ve been here. (I hope readers will forgive an occasional post as I witness my river drying up.)

People who depend on surface water to irrigate their yards, horse pastures, etc. are likely to see dry ditches…

One of the things I will be monitoring this year is the health of our bosque, the poplar gallery forest that borders the river. Trees are phreatophytes, meaning they sink their roots into the water table to drink directly. Even when the river dries up, they’re still able to tap into the shallow aquifer, and we’ve seen them do well in recent years, even when the surface manifestation of the river dries up. It’s almost like under a nature-focused pre-appropriation doctrine, trees are the primary users of the system. They will continue to take their part.

Identification of genes associated with human-canine communication in canine evolution