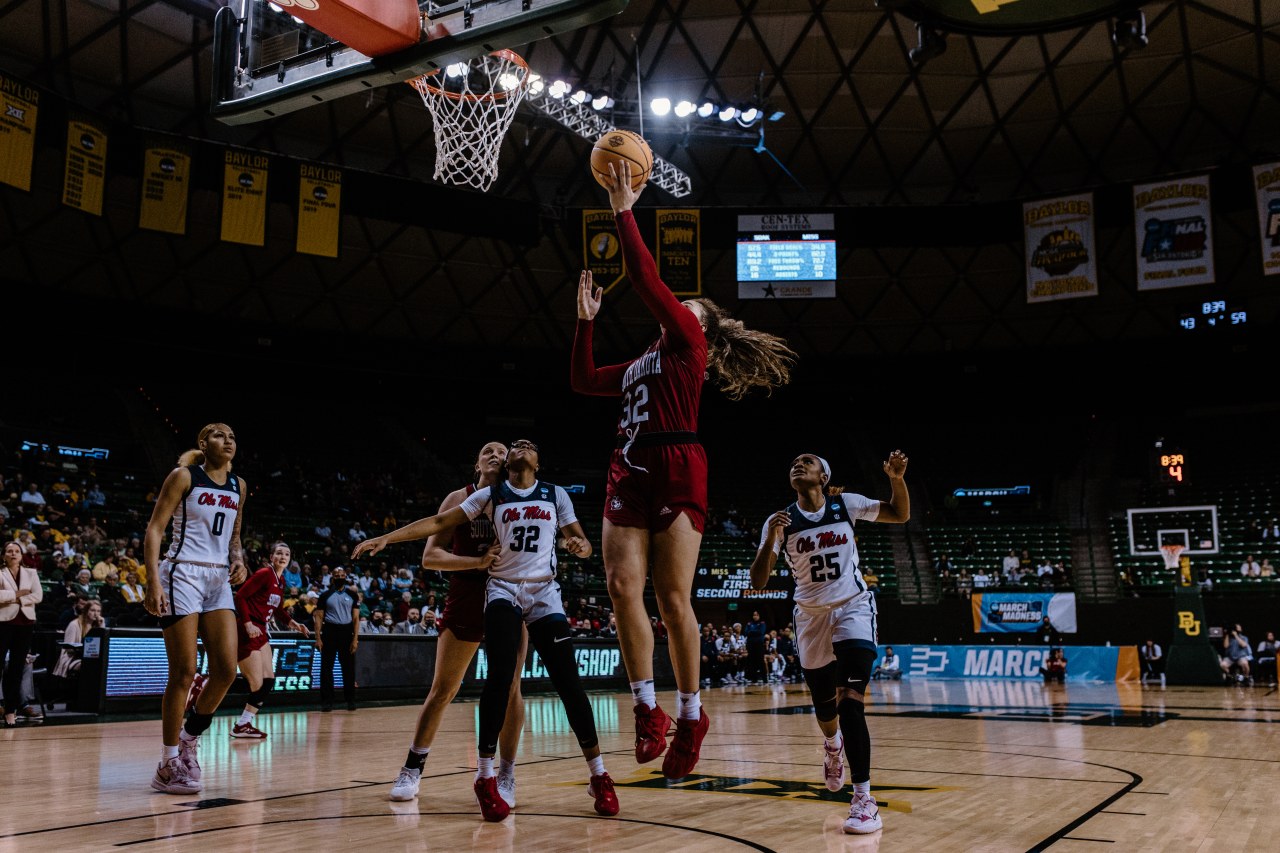 VERMILLION, SD (KELO) – As the University of South Dakota Coyote women roam the basketball court breaking brackets in the NCAA tournament, you can find photographers Molly Sheppard and Madisen Martinez on the court, taking thousands photos to share immediately with Coyote Nation.

“My role is basically to tell a story about the whole weekend,” Sheppard told KELOLAND News after returning from Waco, Texas on Tuesday. “They’re focusing on other things right now, so my job is to make sure those memories are captured as they happened.”

This includes capturing memories for fans watching from home, cheering on the Coyote women.

Former Coyotes who stand out enjoy the Sweet 16 race

Sheppard is not normally a team photographer but rather a wedding photographer from her own company, Molly Sheppard Photo. Her foray into photography began on the sidelines in high school and later in college at the University of South Dakota (USD) where she photographed sports for the school newspaper, The Volante.

These days, Sheppard works as a freelance photographer with the university, photographing playoff football, volleyball, and track and field teams at national tournaments and games. Last weekend in Waco was his first experience in the world of NCAA basketball. Although two-seeded Baylor hosted Game 2 of the tournament, Sheppard said Coyote’s crowd of 100 fans rivaled Baylor fans in noise and excitement.

“It was so rushed; it was so much fun. The energy in that gym was so fantastic,” Sheppard said of the atmosphere at the Ferrell Center.

USD to face Michigan in Sweet 16

Sheppard says it’s good to have another woman in the field with her because that’s not always the case when photographing college athletics, which she says can be a very female-dominated industry. men, both for photography and videography.

“Most of the time when I’m sitting there, there will be nine other guys and me as a girl,” Sheppard said. “Sometimes it can get frustrating, like they think I don’t know as much, or don’t have such nice gear…Sexist things can happen sometimes.”

Martinez says being the only woman on the sidelines isn’t something she paid much attention to because she’s used to being the only woman. In Sheppard’s experience, the sidelines can sometimes be patronizing and lacking in support for women photographing the games. Despite that past experience, Sheppard said she was surprised at the reception and fairness of photographers Baylor and Ole Miss during the weekend tournament.

“Most of the time it’s like a boys club,” Sheppard said.

It’s not just on the sidelines that Sheppard noticed a greater tie at the NCAA Tournament. Following the controversy during the 2021 tournament when players documented the inequality in food, gym equipment and coverage of the women’s versus men’s tournament, the NCAA stepped up and made some notable changes for women this year . Although this is Sheppard’s first NCAA women’s basketball tournament, she said she was even impressed with the attention and quality of equipment for the teams.

“It seems to be a lot more even this year,” Sheppard said. “Even the girls were commenting like, ‘Oh, we’ve got more’ or like, ‘That’s just like the guys have. It’s cool, like we’re treated the same.

As a former USD student, the NCAA Tournament experience is very special for Sheppard who typically cheers on women from her hometown of Vermillion. Sheppard also shares the tournament experience with her husband, who is the director of ticketing operations for USD Athletics.

“I have so much Coyote pride; I’m a huge Yote fan,” Sheppard said. “It’s so fun and so exciting to see our university receiving national feedback…People are finally seeing us.

According to Martinez, who creates content for the team year-round, fans at home are also grateful for photos, videos and graphics on social media and comment on the feeling of being at the games through posts. on social networks.

“We had a lot of commitment,” Martinez said. “From outside of Vermillion and local areas we see, ‘The South Dakota team…Who are they?’ So they control us. We get more subscribers.

Like Sheppard, Martinez is a former USD student and describes the NCAA experience as “incredible.”

“Words fail the experience,” she said. “The girls are amazing and getting to see them, and love getting to know them myself off the court, how genuine they are, how amazing they are just in addition to being basketball players than most people see or hear about.”

Martinez and Sheppard will join the team this weekend as they travel to Wichita, Kansas to take on third seed Michigan in the Sweet 16. As a freelance photographer, Sheppard says she’s grateful to be able to join the team on this trip, which is not always the case for photographers who are only hired for a game or two.

“These girls are so fantastic and they’re so fiery and fearless and it’s so fun to watch,” Sheppard said.

Predictions for Saturday’s match at 5:30 p.m. KELOLAND Sports Director Sean Bower and Grant Sweeter from KELOLAND.com will be in Kansas with the Coyote Women to bring you updates straight from the field.