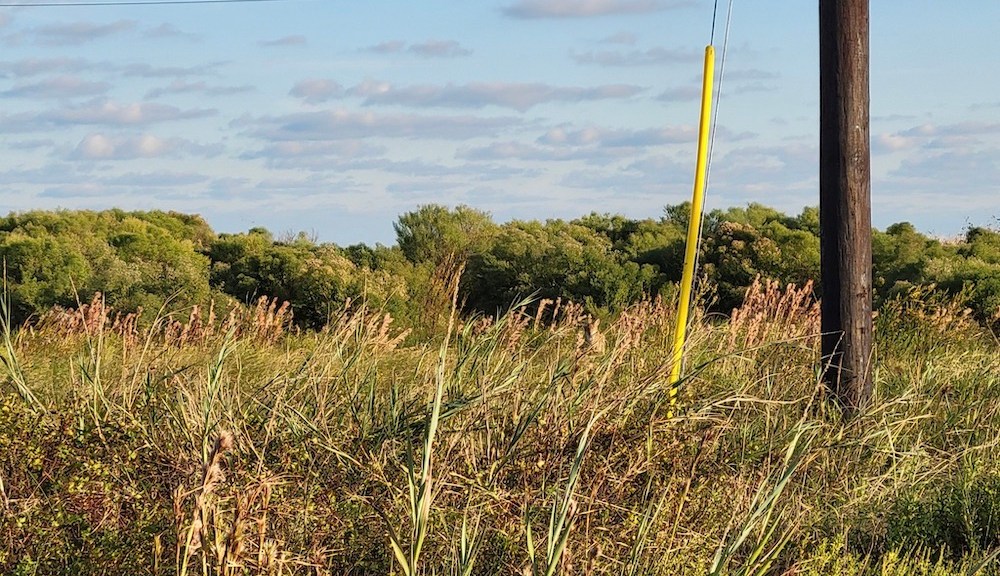 Can you spot the coyote blending into the Texas prairie?

Coyotes possess a remarkable ability to blend into their surroundings in order to hunt more effectively and avoid predators.

On Thursday, Galveston Island State Park in Texas shared an image via Facebook and asked followers if they could spot the coyote partially hidden by tall grass.

We posted the same image at the top and middle of this post, and a third image with the coyote circled in red at the bottom of the post. It’s not too difficult a quiz for those with a keen eye.

Can you spot the coyote? Photo: Galveston Island State Park

“Coyotes are masters of camouflage and are uniquely adapted to life on the coastal prairie of Galveston,” the park said. “This specific coyote pairs perfectly with the bushy bluestem (Andropogon glomeratus).”

ALSO: Can you spot the rattlesnake in the Arizona man’s backyard?

Galveston Island State Park’s post has garnered nearly 300 comments and the most popular comment is: ‘Found it, though I always thought it was easier to see the wildlife in person than in photos.”

Another comment revealed the coyote’s correct location and the reaction was mixed – not everyone was happy the commenter gave the answer.

A follower confessed to using a magnifying glass to find the coyote.

Many have claimed to have spotted the coyote within seconds, while acknowledging that the creatures are nonetheless exceptional at hiding when they do not wish to be seen.

The location of the Galveston Island State Park coyote is revealed in the image posted above.