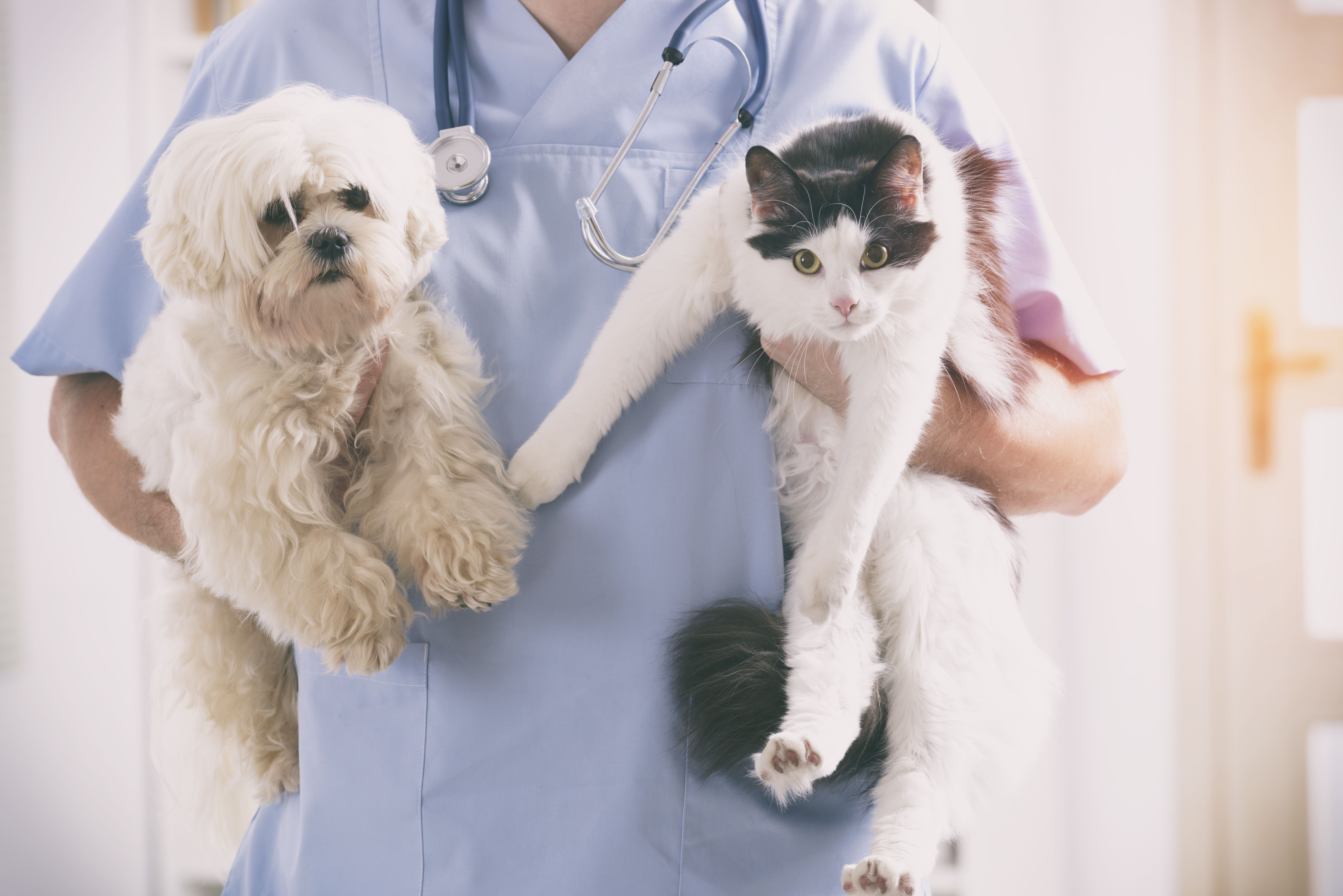 Learn about the importance of glucose and the diseases, conditions and symptoms associated with hypoglycemia, as well as methods of monitoring glucose levels in dog and cat patients.

Glucose plays a vital role in cell metabolism in almost all tissues in the body. While not the only source of fuel, it is the most efficient and common. Glucose production occurs primarily in the liver and, to a lesser extent, in the renal cortex. Storage is obtained by combining several molecules in a polysaccharide to limit the osmotic effect in the form of glycogen. When demand increases, glycogen is again enzymatically broken down into glucose molecules in a process called glycogenolysis. Glycogen can be found throughout the body in the cytoplasm of cells, but stores are also kept in muscles for local use. The largest store of glucose is in the liver for rapid use by the whole body.

The regulation of glucose levels to achieve homeostasis occurs through multiple hormonal mechanisms. The pancreas plays a key role in the production of associated hormones, including insulin and glucagon. Insulin is produced in the β cells of the pancreas and facilitates the translocation of glucose in the cells of the body, thereby lowering plasma glucose levels and providing fuel for cellular metabolism. When plasma glucose concentrations rise above the upper end of the normal range (> 130 mg / dL), insulin release is increased, which regulates the level back into the normal range. At the other end of the spectrum is glucagon, which is produced in the α cells of the pancreas and released in response to hypoglycemic glucose levels

Diseases and symptoms associated with hypoglycemia

Usually hypoglycemia is related to decreased glucose production or increased use / clearance from blood. The liver, as the main factory producing much of the body’s glucose, is a common link in many diseases. End-stage hepatic failure, acute hepatitis, portosystemic hepatic shunts (rarely), and various toxins can negatively affect glucose production or inhibit glycogenolysis, resulting in systemic hypoglycemia. In addition, diseases of glycogen storage, hypoadrenocorticism and growth hormone deficiency can manifest as hypoglycemia. Increased use and removal of glucose from the blood may occur in other diseases such as insulinoma or tumors secreting an insulin-like substance (i.e. IGF-1 and IGF-2 in the malignant canine mammary carcinoma or certain kidney tumors), can drive glucose into cells at an increased rate, having effects similar to insulin overdose in diabetic patients.

Toxins such as xylitol and oleander, systemic Bartonellosis Where Babesiosis, sepsis, and kidney disease can all cause hypoglycemia. Patients with mild hypoglycemia may be asymptomatic, but symptoms of acute hypoglycemia are usually neurologic. These can include ataxia, seizures, disorientation, blindness, cardiac arrhythmias, lethargy, vomiting, and shock / death if left untreated or severe enough.

Illnesses, Conditions and Symptoms of Hyperglycemia

Hyperglycemia in veterinary medicine is mainly associated with diabetes mellitus. However, several other diseases and physiological conditions also raise blood sugar levels above normal parameters. Stress hyperglycemia usually occurs in cats, but can also be seen in dogs. Postprandial glucose levels may also show a temporary increase. Growth hormone-secreting tumors (pituitary in felines and mammary and pituitary in canines), pheochromocytoma, hypercorticism and hyperthyroidism can cause hyperglycemia. Any of these conditions can induce hyperglycemia through the unregulated / increased production of hormones associated with related organs and increase the production of glucose.

Pancreatic diseases, such as acute or chronic pancreatitis or neoplasia, can increase blood sugar levels. Various drugs used in veterinary medicine can affect glucose production, including steroids, progestins, -blockers, and -2 agonists. In addition, the toxicity of ethylene glycol and head trauma can lead to hyperglycemia.

Symptoms of hyperglycemia may be nonexistent in acute or mild cases. Glycosuria occurs when hyperglycemia exceeds the renal threshold, followed by renal tubular osmotic diuresis, followed by polyuria and compensatory polydipsia. This threshold varies but is approximately 180 to 200 mg / dL in dogs and 200 to 280 mg / dL in felines.

Patient-side blood glucose monitoring in the clinic or hospital is commonly performed due to the critical need for glucose for survival, its diagnostic value, and its relatively low cost. Handheld glucometers use a small drop of blood and an algorithm for species-specific adjustment related to red blood cells and glucose distribution to determine blood glucose levels. One of the most common is the AlphaTRAK 2 glucose meter with dog and feline specific settings, but other glucose monitors can also be used. The iSTAT Analyzer has excellent accuracy and is commonly used in emergency and general medicine situations. One caveat with portable glucometers is that hemoconcentrated patients may experience artificially low glucose levels due to a higher red blood cell concentration on the algorithm associated with the actual measurement of glucose levels.

Serum analyzers in the clinic or test results from separate samples sent elsewhere for analysis can be used to confirm the diagnosis and are less susceptible to artifacts. Chemical reaction sticks, used to test for the presence of glucose in urine, can confirm more persistent hyperglycemia and are commonly used in veterinary hospitals. Additionally, in-house or contracted testing of fructosamine may provide better insight into the last 2-3 weeks of glucose regulation. Glucose can react irreversibly with plasma proteins to produce fructosamine. Assuming normal protein levels, abnormal glucose levels can also lead to altered fructosamine levels. However, this can be influenced by thyroid problems, hyperlipidemia, hypoproteinemia and hemolysis, and it should not be used as the sole source of diabetes management / insulin therapy.

Sampling in the clinic is usually done by venipuncture. In pediatric, dehydrated, or debilitated patients, pitting of the pad, gums, lips, or edge of the ear may also be used to collect blood samples. Due to the frequency of sampling required under conditions such as sepsis and diabetic ketoacidosis, central / jugular or intracatheter catheters are preferred for patient comfort. Plotting glucose curves is a common method to determine the effectiveness of insulin regulation in patients with diabetes. However, glucose curves can also give skewed results associated with stressful hyperglycemia and may not reflect typical blood sugar levels seen in a patient at home.

There are a variety of tools available to pet owners who need long-term blood glucose monitoring in the home. Traditionally, urine test strips have been used to check for glycosuria. Such strips could indicate if blood glucose levels are above the kidney threshold and can also detect ketosis, but they give little information on how long or how severe the levels are outside the normal range. In addition, hypoglycemia is not treated if the insulin dosage is high, and test strips are generally no longer in common use, especially with the increased availability of modern and superior monitoring techniques. Glucometers with lancets or needle pricks from the ear veins, paw pads or oral mucosa may be used, however, some patients will not tolerate regular use.

Continuous blood glucose monitoring systems are increasingly common. They have been used routinely in humans and their application in companion animals generally allows a period of 1 to 2 weeks of real-time monitoring of glucose levels in intracellular fluid in subcutaneous tissue without the need for pricks. repeated needle. Most dogs and cats tolerate these systems, but their accuracy at lower blood sugar levels (

Many diseases can affect glucose regulation in pets, and there are several ways to monitor glucose levels that can facilitate correction or changes in therapy. It is likely that blood glucose monitoring will continue to play a key role in patient well-being and care as less invasive and more precise tools and techniques are developed.

Dr Kelley is the Emergency Department Chief of Emergency Medicine Associates at BluePearl Pet Hospital in Clearwater, Florida. He graduated in 2003 from the Kansas State University College of Veterinary Medicine. With over 15 years of experience in emergency medicine, he helps oversee one of the busiest BluePearl emergency departments in the United States.