Ice cream makes everyone happy, but does that also apply to our canine family members?

While most dogs would love a layer of ice on a hot summer day, the American Kennel Club recommends against giving Fido any.

According to Dr. Jerry Klein, the AKC’s chief veterinarian, high-fat dairy products like ice cream can cause pancreatitis in pets. Some sugar-free ice creams also contain xylitol, a sweetener that is extremely toxic to dogs. Plus, many flavors of ice cream contain other ingredients, like chocolate, which is another no-no for our four-legged friends.

Rebecca Cross, the owner of Boou Dog Treats in Conception Bay South, NL, has been pondering this question for some time.

“Human ice cream — and whipped cream, too — contains refined sugar to make it more palatable to humans, which is bad for dogs and unnecessary in their diets,” she explains.

She adds that many dogs also suffer from some degree of lactose intolerance, although it is usually mild.

Because it’s made from milk, ice cream naturally contains high levels of lactose, which she says can cause symptoms like gas, bloating and diarrhea in dogs.

But dog owners don’t have to worry about that anymore, as some Atlantic Canadian companies like Boou Dog Treats are now producing frozen treats specifically for dogs – a perfect treat for dog days of summer. 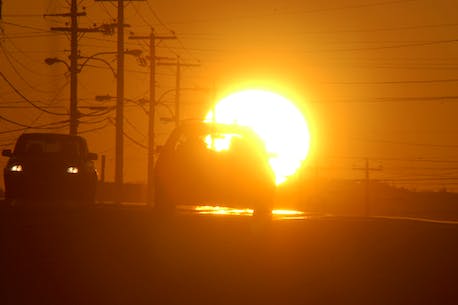 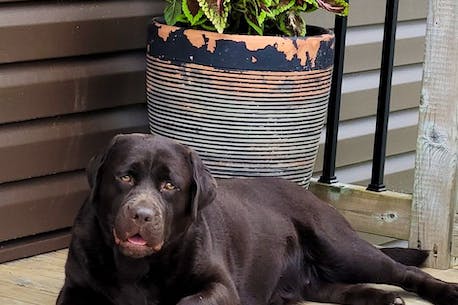 “It’s been on our to-do list for three years and we finally settled on a range of flavors and a format that we’re excited to release,” says Cross.

The ice cream popsicles have been a “huge hit so far and we’re trying to keep up with our orders,” she adds.

Cross has put a lot of thought into packaging his company’s frozen treats.

“Rather than selling in tubs like traditional ice cream, we opted for easy-to-eat, take-out tubes. Because they’re resealable on top, you have more control over portion size and the possibility to save some for later, which means they are suitable for dogs of all sizes.

Cross shares that Peanut Butter Paw Prints are “a twist on classic ‘Hoofprints’ ice cream, which was my grandmother’s favorite ice cream flavor,” she says.

The hottest flavor this summer is a close race between Blue Razz and Peanut Butter Paw Prints.

Specially designed for pets, it avoids most of the problems that make human-grade ice cream bad for dogs.

“Not only do we use a variety of yogurt as the base for our ice cream, which is naturally much lower in lactose, but it’s also more than half fruit,” she says.

“I don’t make ice cream for dogs, however, that’s something I plan to offer in the future,” Hamilton says.

“In moderation, it probably wouldn’t make the average dog super sick, but giving high sugar treats like human ice cream is not recommended,” she says.

Hamilton points out that “many dogs have allergies and can often be lactose intolerant which can lead to vomiting, diarrhea and even red and itchy skin.”

This prompted her to dig deeper into substitutes that can be used in frozen dog treats.

“A good substitute for regular milk used in human ice cream is goat’s milk, which is easily digested and contains probiotics. That’s what I plan to use,” she says.

Brooke Blanchard is Director of Marketing and Public Relations for Kool Breeze Farms in Summerside, PEI.

The Kool Breeze Ice Cream Bar is a staple of farm activities, and it doesn’t forget about canine companions, serving a special dog treat to furry family members.

“It’s a soft-serve, lactose-free vanilla ice cream with a milk bone treat on top,” she says.

Dogs who visit the Ice Cream Bar during the summer love these treats, says Blanchard.

“We have lots of furry friends who visit us during the summer.”

Boou Pops are available for purchase at Urban Market 1919, located at 330 Lemarchant Road in St. John’s, or through the Boou Dog Treats website.

Hamilton’s frozen dog treats can be purchased on the Wag & Meow Healthy Pet Bakery website, as well as at various markets around Halifax.