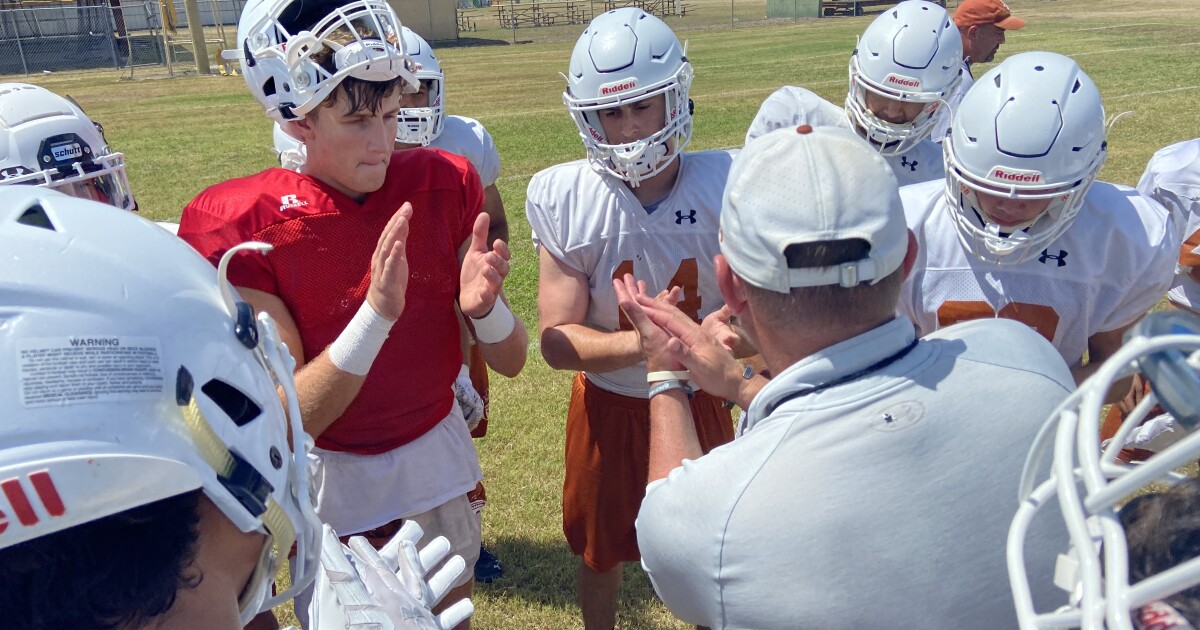 The Alice Coyotes are hungry this year, after failing the past two seasons. Head Coach Kyle Atwood is entering his sixth season and this year is shaping up to be different in District 16 4A-DI.

“We have a lot of depth. We are two in every position offensively for the first time in my career as a sporting director and head football coach,” Atwood said. “We have never been so solid in our depths.”

The Coyotes bring back an experienced backfield and a wide receiver corps led by Hector Gaza and Alejandro Vasquez.

“First of all, I think we have leadership and that’s the best thing about it. We have guns like Hector Gaza. He’s amazing,” Vasquez said. “We have guns like Arellano and our linemen are amazing as well.”

Alice has 32 seniors on her team this year, including new quarterback Cutter Stewart.

“Throughout the summer when I moved here,” Stewart said. “I moved here just before school ended and as soon as I got here we were here doing routes, cutting time, so it didn’t take long at all.”

At the end of the school year, Stewart moved from Orange Grove to Alice. He had over 8,000 passing yards in his first three seasons at Orange Grove.

“He’s a dual-threat quarterback. Honestly one of the best I’ve ever seen and we bond with each other,” Vasquez said. “We invited him the first week he came. He came to my house and we ate pasta.”

The chemistry the Coyote built during the offseason made the transition easier for new players.

“Alice being a town with a lot of lore, you know what they say ‘The Original Pride of South Texas’ and it’s true, so honestly being here with these fans is going to be exceptional,” Stewart said.

Alice begins her season with a home opener against the King Mustangs. Kick-off is set for Friday August 26 at 7:30 p.m.