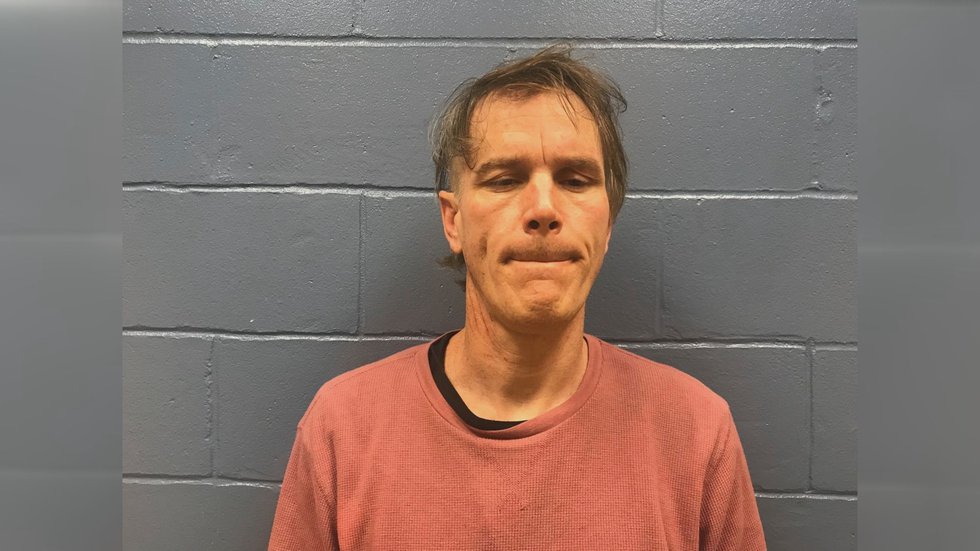 MOSSPOINT, Miss. (WLOX) – A canine officer who was shot while pursuing a suspect on Tuesday is on the mend and the man accused of shooting him is behind bars.

Richard J. McGuire, 44, is now charged with commercial burglary, possession of a firearm by a convicted felon and injuring a service animal.

According to the Moss Point Police Department, officers responded to a burglary alarm at the Shell station on Highway 63 near I-10. Officers identified a suspect and began searching the area for him. The suspect, who was later named McGuire, was behind another business but fled on foot when officers attempted to approach him.

K9 officer Buddy was released to apprehend McGuire, but the suspect fled through a privacy fence. Buddy came over the fence after him, continuing to chase the man into a wooded area.

Shortly after Buddy and McGuire entered the wooded area, officers heard gunshots. Buddy then came out of the woods and collapsed on the ground in front of his master. Buddy was quickly rushed to an emergency veterinary clinic in Mobile where he underwent emergency surgery for the gunshot wound to his chest.

On Wednesday morning, MPPD posted that Buddy was doing great and expected to go home that evening. The announcement comes after Tuesday’s initial update on Buddy, which said he was in serious condition and on oxygen.

While Buddy was being picked up, officers from other agencies began responding and remained on scene to assist the Moss Point Police Department. Officers attempted to locate the suspect but were unable to locate him. However, they recovered the stolen goods from the company.

Within hours, more information was uncovered that specifically identified the suspect as McGuire. At 6 a.m., officers noticed a suspicious vehicle that matched a description they had received of the suspect’s vehicle. Officers approached the vehicle and detained McGuire and a woman. Evidence was uncovered that linked them to the company burglary.

Following an pending investigation, McGuire was arrested and charged. The woman was released after police determined she had no knowledge of the crimes.

City Judge Keith Miller set bail for McGuire of $30,000 for the commercial burglary charge, $20,000 for possession of a firearm by a convicted felony and $30,000 for injuring a service animal public. McGuire was later booked into the Jackson County Adult Detention Center

Anyone with information about this case is asked to contact Detective Kimberlee Snowden with MPPD at 228-475-1711. Anonymous information may also be submitted to Mississippi Coast Crime Stoppers at 877-787-5898.