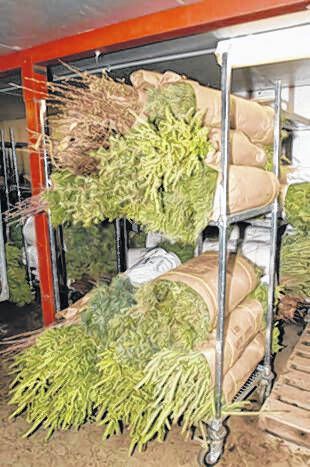 A weigh-in dinner, included in the registration fee, will be held for all participants on Sunday from 1 to 3 p.m. Due to past complications, no dinner tickets will be sold at the door. If you want to participate in the dinner, you have to enter the hunt! Note: Registration fees have increased to $30/$35 respectively.

Coyotes captured during the three-day hunt in Bradford, Susquehanna, Wayne, Wyoming, Lackawanna, Pike, Lucerne and Sullivan counties may be weighed.

The public asked to report the turkey

herds to help in the search

The Pennsylvania Game Commission is asking for the public’s help in finding turkeys to trap for current and new turkey projects.

The agency encourages Pennsylvanians to report the location of any flock of turkeys they see by March 15.

Information is collected online at – https://pgcdatacollection.pa.gov/TurkeyBroodSurvey.

Visitors to this web page will be asked to provide the date of the sighting, location and type of terrain (public, private or unknown) where the birds are seen, among other things.

Game Commission teams will assess sites for turkey trapping potential. Turkeys will not be moved; they will simply be leg-banded and released on the spot. In four wildlife management units (WMUs), a sample will also be fitted with GPS transmitters, then released on site, to be tracked over time.

The trapping of turkeys during the winter is part of the Game Commission’s ongoing population monitoring, as well as the initiation of a large-scale study of hens.

Just like the past two winters, the Game Commission will be putting leg bands on male turkeys statewide. Hunters who harvest one of these turkeys, or anyone who finds a dead one, are asked to report the ring number by calling the toll-free number or emailing the the ring.

New this year, the Game Commission will install GPS transmitters on 100 hens – 25 each in WMUs 2D, 3D, 4D and 5C – spread across the six regions of the state. The four study areas have different landscapes, turkey population densities, and spring densities of hunters and harvesters.

These studies are conducted in partnership with Penn State University and the University of Pennsylvania Wildlife Futures Program.

The population and movement portion of this work examines the impact of landscape and weather on hen nesting rates, nest success, poult survival, predation, habitat use, and movement. The disease portion of the study examines how disease prevalence varies across landscapes and impacts things like survival and nesting rates for hens of different ages.

Game Commission teams will take various samples – blood, trachea, feces and skin – from hens that are also given backpack-type transmitters at the time of capture, for disease testing.

Approximately 100 additional transmitters will be deployed each winter until 2025, so that at the end – with transmitters from dying hens being recovered and redeployed – the Game Commission will be monitoring over 400 transmitter hens.

Researchers from Penn State University and the University of Pennsylvania’s Wildlife Futures Program will interpret the data collected. Biologists from Maryland and possibly another national wildlife agency will also join the project next year.

“This will be the largest turkey project we’ve ever done, hoping to answer many questions about current hen population dynamics,” Casalena said.

Finding birds to trap is key to getting all this work started. That’s where the public comes in. Thankfully, Pennsylvanians are used to helping out that way.

She hopes that the public will also be active in relaying information on the location of winter turkey flocks.

“The public has been so helpful over the past few years,” Casalena said. “So we thought we would expand on that and ask for help locating winter herds across the state.”

The Pennsylvania Game Commission’s Bureau of Wildlife Habitat Management has a new director.

David J. Gustafson, who has worked for the agency since 2003, in his new position is responsible for overseeing and directing wildlife habitat management practices on the more than 1.5 million acres of game land d ‘State Game Commission and work on private land listed on the Hunter. Access program. He will oversee gas, oil, coal and timber operations at the Game Lands and the Howard Nursery, which grows tree and shrub seedlings for planting at the Game Lands and Hunter Access properties. Gustafson succeeds Peter Sussenbach, who has taken over as head of the Game Commission’s Southeast Region office.

Gustafson earned a bachelor’s degree in forestry science from Penn State in 2000. He began his career as a forester with Weaber Inc. in Lebanon in 2001, was hired as a forester by the Pennsylvania Department of Natural Resources, and then in 2003 became a forester at the Game Commission in the North West region.

In 2005, Gustafson was promoted to forestry program specialist and helped start the agency’s forest inventory and analysis section. In 2007, he was promoted to Chief Forester of the Game Commission until his current promotion to Bureau Manager.

Gustafson enlisted in the Pennsylvania National Guard in 1997. In 2006, he was commissioned to the rank of second lieutenant by direct commission. He served as a first lieutenant and company executive officer during Operation Iraqi Freedom in Iraq from September 2008 to October 2009 and was decorated with numerous military honors.

“I am honored and delighted to work with the wonderful team at the Bureau of Wildlife Habitat Management, especially overseeing the work being done on our superb game land system,” Gustafson said. “The landscape management approach with prescribed burning and forest management makes our game lands prime wildlife habitat.

“Going forward, I hope to strengthen our relationships with private landowners to achieve even greater impacts on wildlife habitat in Pennsylvania,” he said. “Healthy habitat is key to healthy wildlife, and with over 80% of our land in Pennsylvania privately owned, working with landowners will be key to our future success,” he added. .

“Creating and enhancing wildlife habitat plays a key role in the agency’s mission, and Dave, with his extensive forestry experience and leadership ability gained from serving his country in the military, will serve him well, as well as the agency, in his new position,” Burhans said.

the sale of seedlings begins

It’s not too early for landowners to start making plans to improve wildlife habitat this spring and into the future by planting tree and shrub species offered by the Pennsylvania Game’s Howard Nursery. Committee.

The 2022 seedling order form is available online, and sales started this week.

The Howard Nursery, located in Center County, grows tree and shrub seedlings for use on state game lands, hunter access properties, the Seedling for Schools program and other Game Commission conservation partners. Any remaining excess is available for Pennsylvania residents to purchase. Seedlings are sold in packs of 25.

Three species of conifers are available this year including Northern White Cedar and White and Norway Spruce which provide excellent thermal cover for a variety of wildlife.

Shrubs include gray silky stem dogwood, northern bayberry, and ninebark. Stone says Ninebark has pretty white flowers and is an excellent source of nectar and pollinator.

Orders of 12 or more units in total qualify for the applicable discounted price. With the discount, prices are as low as $5.50 per unit. Regular prices range from $8 to $10 depending on seedling species.

Quarterly meeting of the CBFP

will be virtual on January 24

The Pennsylvania Fish and Boat Commission (PFBC) will hold its quarterly business meeting on Monday, January 24 beginning at 10 a.m. This meeting will be held online with the remote participation of Commissioners and CBFP staff.

The public can view a live stream of the meeting by visiting – https://www.facebook.com/PaFishandBoat.

Since this meeting is being held in a virtual format, the process for accepting public comments will be different from an in-person gathering. Public comments regarding the agenda can be submitted by calling 717-705-7846 from Thursday, January 20 at 8 a.m. until Friday, January 21 at 12 p.m. Recorded comments will be limited to five minutes and will be presented to the commissioners. before the meeting.

The full meeting agenda can be viewed on the PFBC website — www.fishandboat.com.