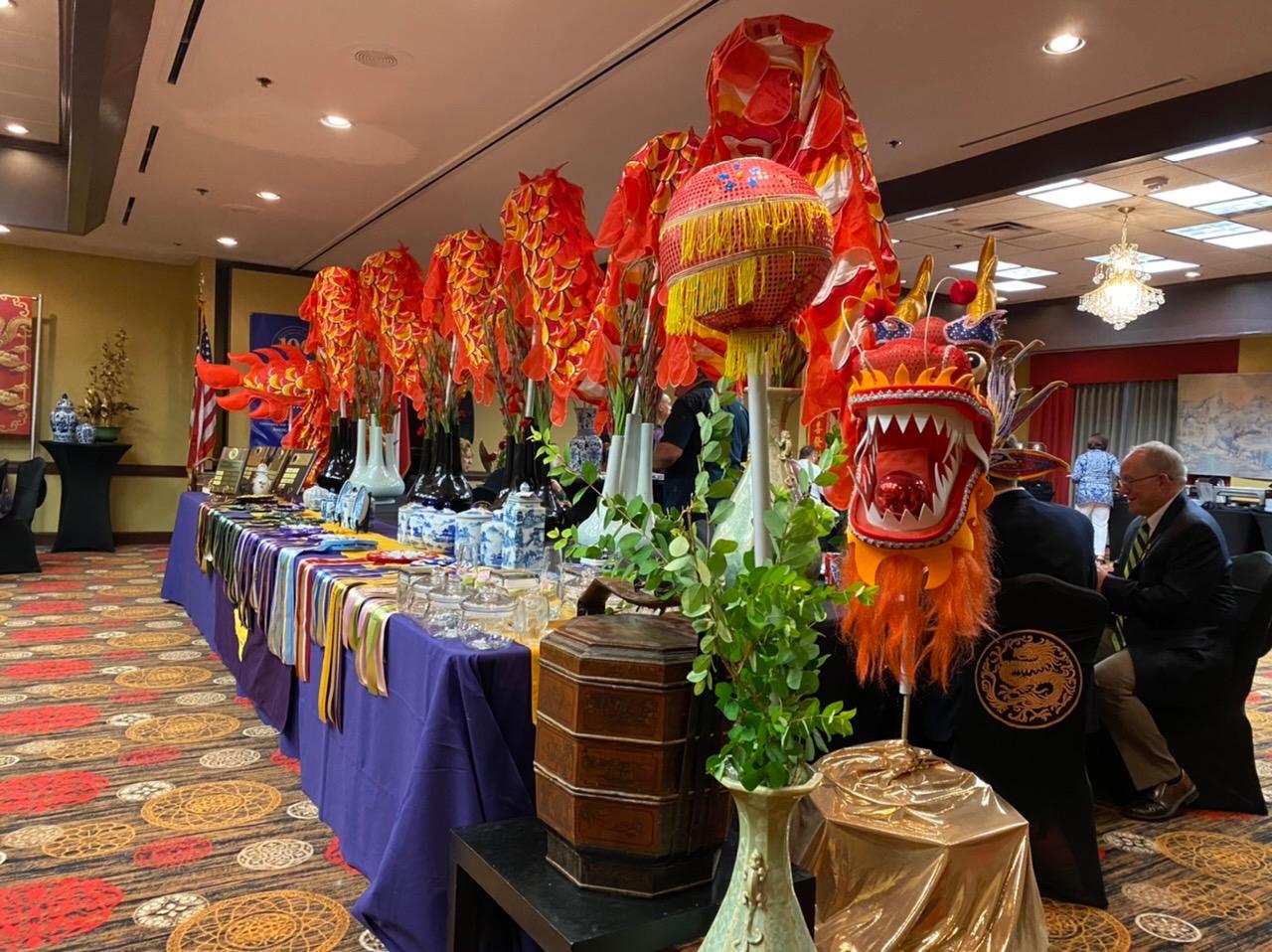 The Pekingese Club of Texas hosted the Pekingese Club of America National Special on July 6-7, 2022 in Dallas, Texas. Don Sutton made all hotel arrangements at the MCM Elegante hotel and got the ball rolling before his passing. Dr. Steve Keating was generous enough to pass the torch to me as Chair of the Show for both clubs. I knew we had to make it spectacular because that’s what Don would have done. With that in mind, I recruited Stephanie Hill to be the set president. With his team of Gary Cathey and Justin Normand, they exceeded all expectations. Everywhere you looked there was beautiful stuff with the 40ft Chinese Silk Dragon as the focal point keeping it all together. Don would have loved it! 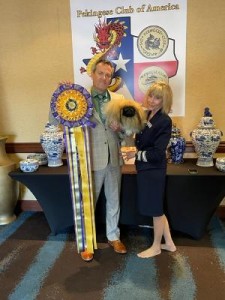 The day before the shows, a group of generous supporters, the Golden Dragon Association, provided an extravagant ‘Meet and Greet’ buffet and bar. There were Chinese children’s dragon dance entertainment. The buffet was served on beautiful blue and white china to match all the trophies on display and dozens of vases filled with fresh flowers. Each chair had a black cover with a gold dragon on the back. The trophy table on display was “guarded” by the 40-foot Chinese silk dragon. 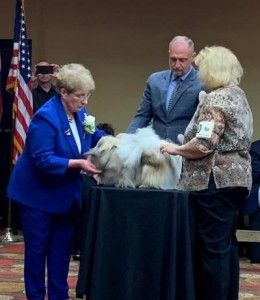 Wednesday evening was the PCA banquet and auction. The banquet hall was all white, and the white-covered chairs bore the show’s logo. The center of the table had a dark red round placemat with golden dragons with an arrangement of fresh flowers. There was an extravagant buffet followed by the auction. For the Pekingese lover, there were many treasures!

Thursday started early with the judges training. Unfortunately only one person showed up, but what a person; BIS Westminster Judge Donald Sturtz! It was a great one-on-one session and Mr. Sturtz enjoyed it, as did I! We started judging with the Juniors, Dr. Steve Keating found his best Junior Handler in Lily Alexander. Colleen Skinner judged Sweepstakes. Elizabeth Tilley-Poole / Pleiku Pekingese judged the regular classes and also found her Best of Breed in Mark and Lori Stephen’s dog, GCH Aslan Enticing Eros. 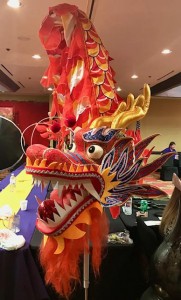 All in all it was a wonderful show. The camaraderie and sportsmanship was evident at all times. Every little detail has been taken care of, including judges’ corsages and boutonniere, flowers in the judges’ rooms, a hospitality committee led by Tom Langham in the lobby to assist exhibitors with check-in, multiple areas “selfie” set up with stunning Chinese vases and fresh flowers and more. The hotel was a dream to work with. During installation they assigned an employee to work with us and give us everything we needed. The rooms were spotless and spacious with freezing air conditioning. The showroom was beautiful and while probably not big enough for a large specialty, it is perfect for 100 small dogs or less. Restaurant food was good; your room comes with an excellent breakfast buffet. Every employee had a smile and was eager to meet your needs.

If you haven’t attended one of our specialties, see you next year in December at Royal Canin. 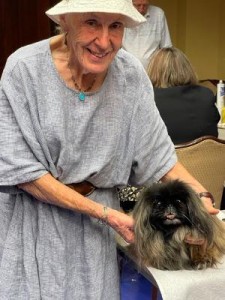 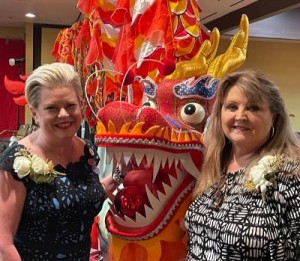 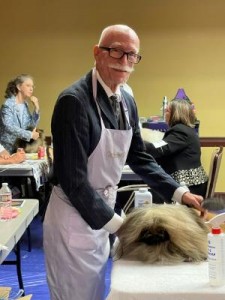 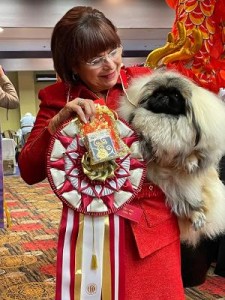 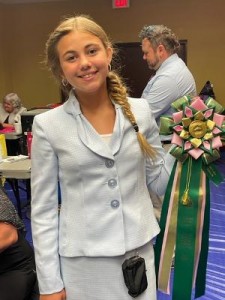 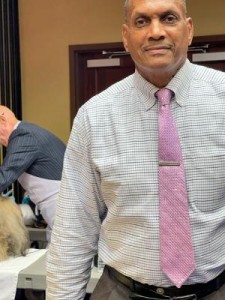