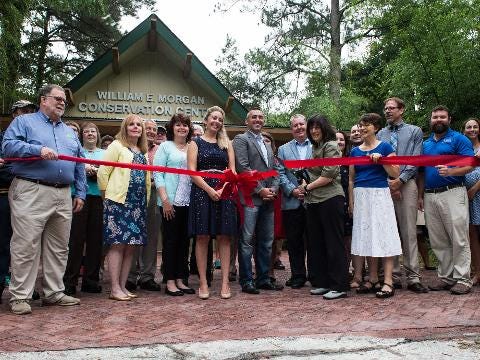 Salisbury Zoo has announced the death of its 10-year-old red wolf. Midnight was found unconscious in her exhibit late Sunday afternoon. The lifespan of red wolves in the wild is 6-7 years, with captive animals living up to twice this range.

Midnight was one of five puppies born at Salisbury Zoo in 2008, a year after a new wolf exhibit opened. While her siblings transferred to other participating Red Wolf programs, she remained at Salisbury Zoo.

Eventually, she was paired with a male wolf from the Endangered Wolf Center in Eureka, Missouri, but produced no offspring.

The red wolf is the world’s most endangered canine, once found throughout the Southeastern United States. Today, wild red wolves are only found in specially protected areas of North Carolina.

Due to overhunting and habitat loss, only 40 wild red wolves remain in the world. Over 200 red wolves are in the breeding program facilities such as Salisbury Zoo.

Without the help of organizations such as the AZA Species Survival Program and the Red Wolf Recovery Program, the red wolf would cease to exist. Salisbury Zoo works closely with each of these organizations to help manage the population.

The zoo is now awaiting recommendations from the Red Wolf SSP program regarding the future composition of its exhibit.